Hello, for the last few months, I've been working on a new app to manage my collections of anime and manga for multiple databases (I have my lists in AniList and the competition as well).

With the current version, basic features like add/remove series, change the status, rate a series and set your progression are implemented.
More advanced features will be implemented later.

To download the app, you can go on my page, amazon store or blog.

If you are interested in the app, you'll need to know that jellybean (android 4.1) or higher is required and that it's free with ads.

Below are a few screenshots of the app. 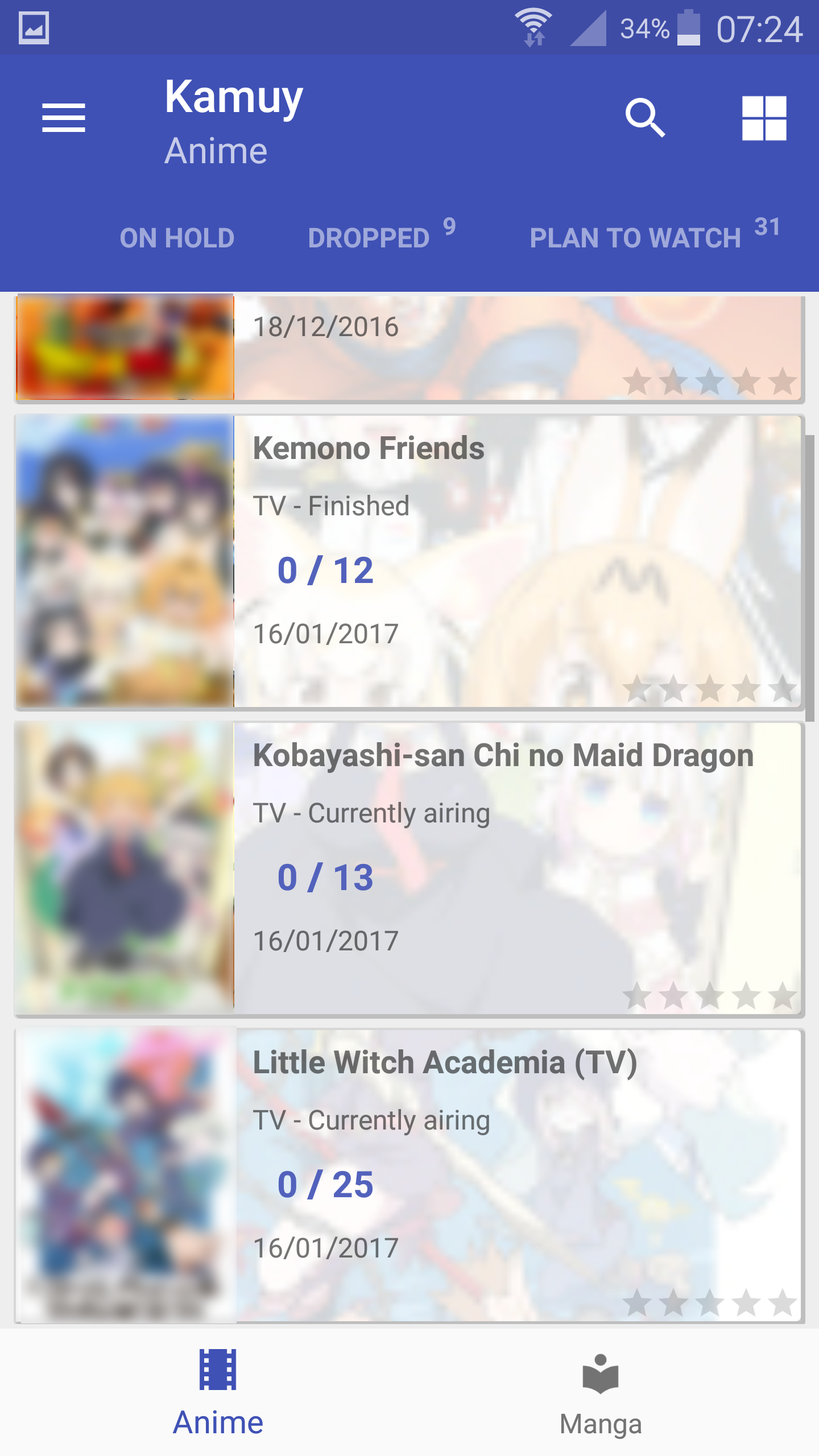 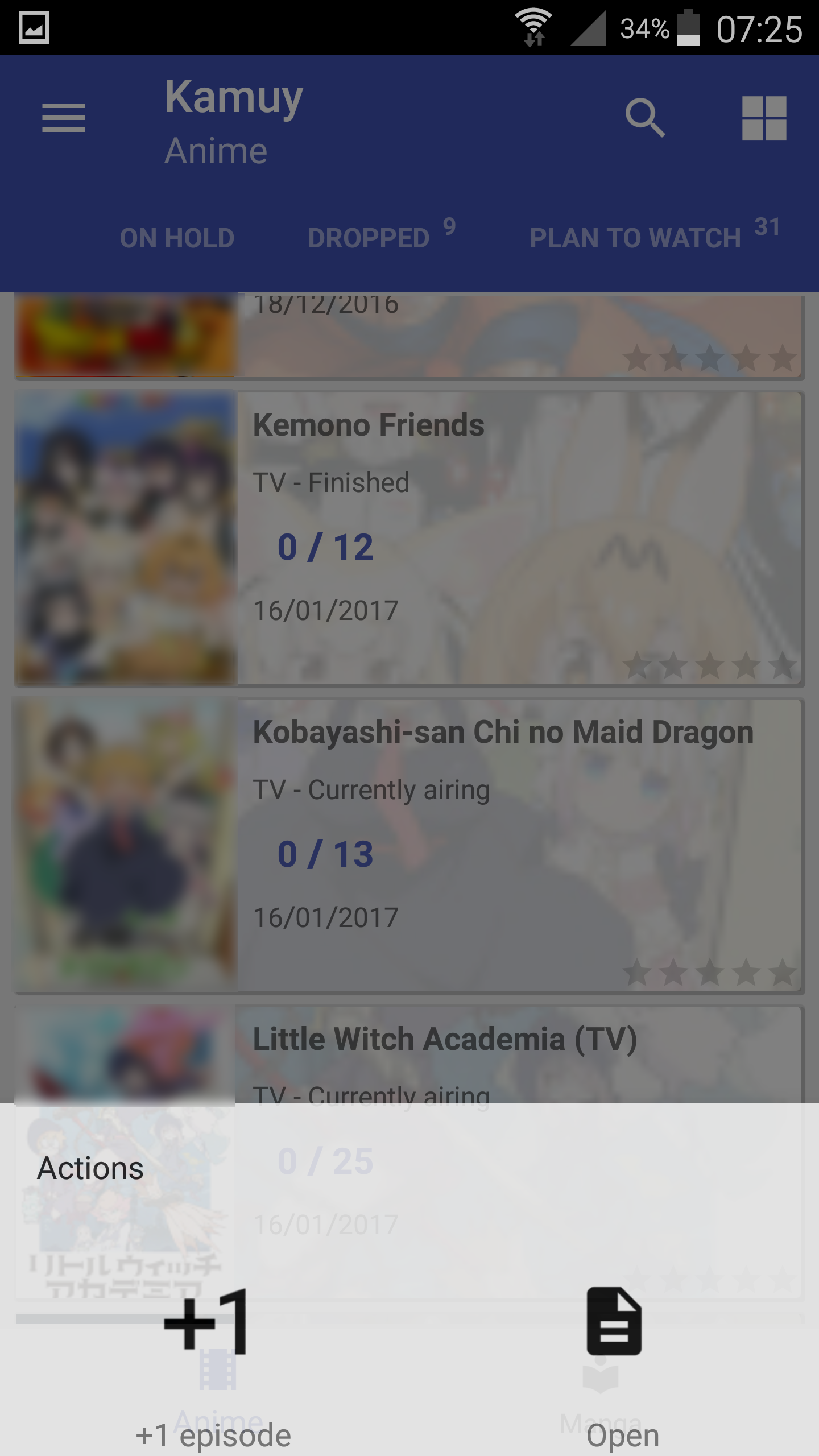 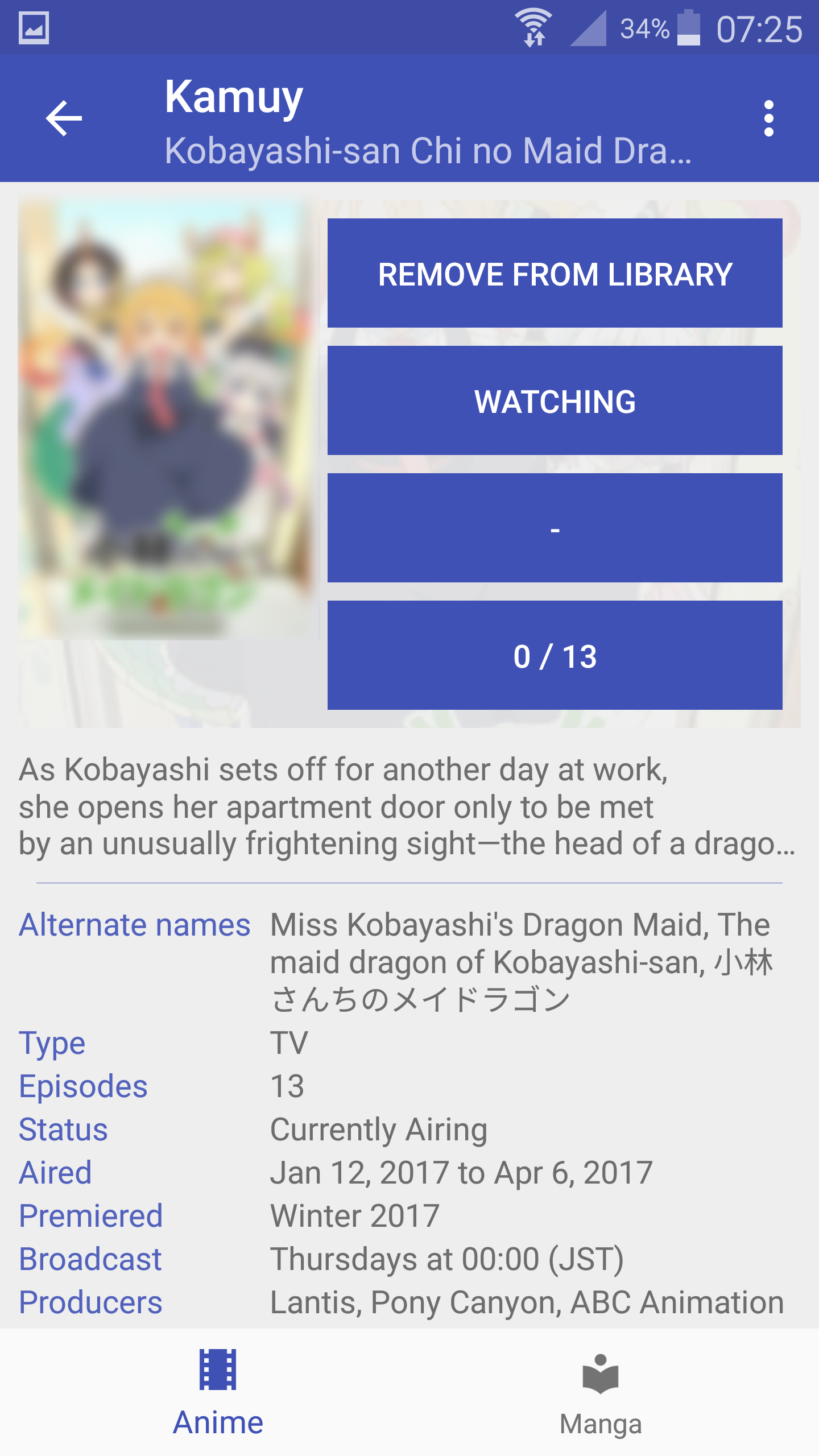 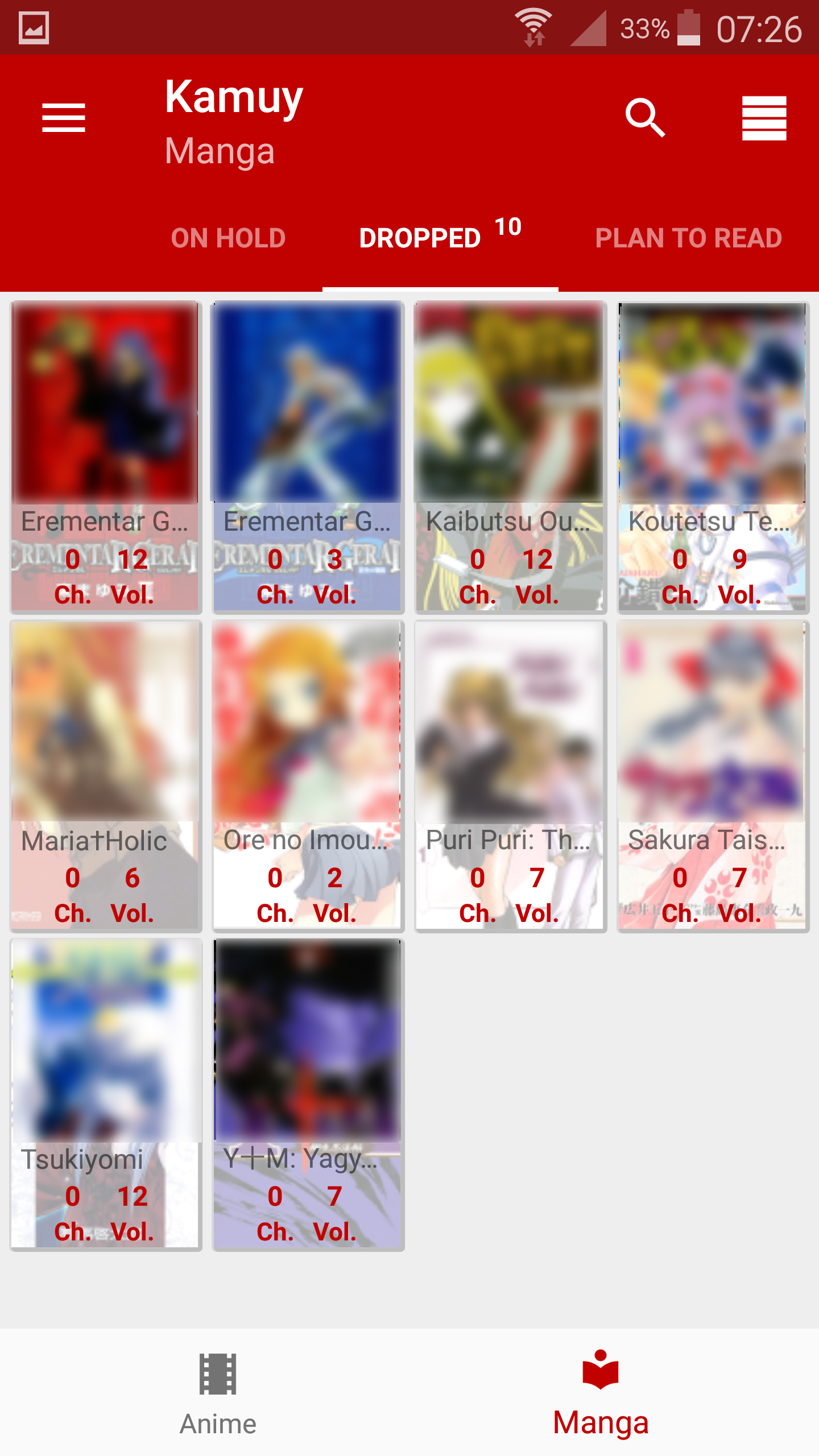 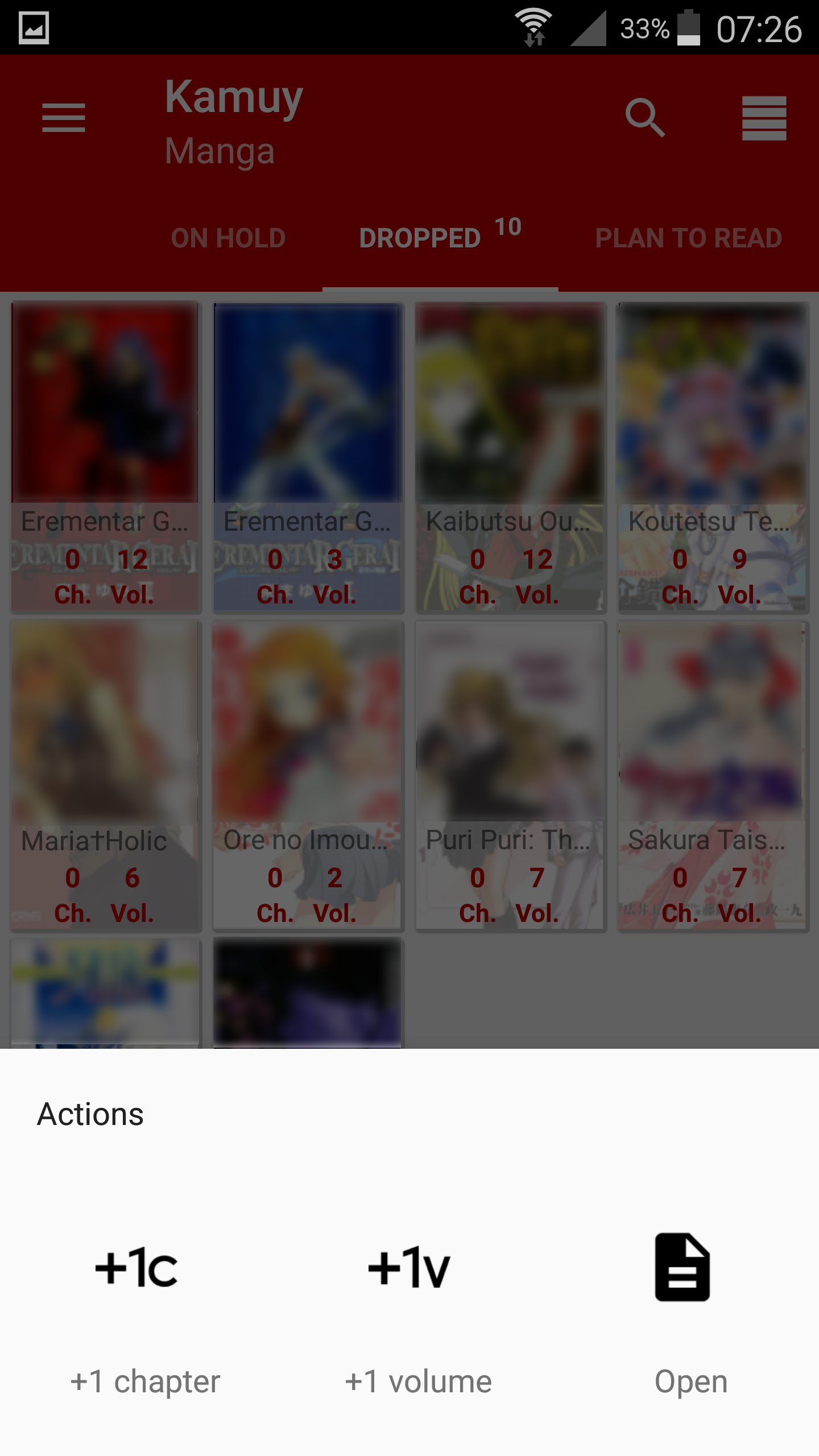 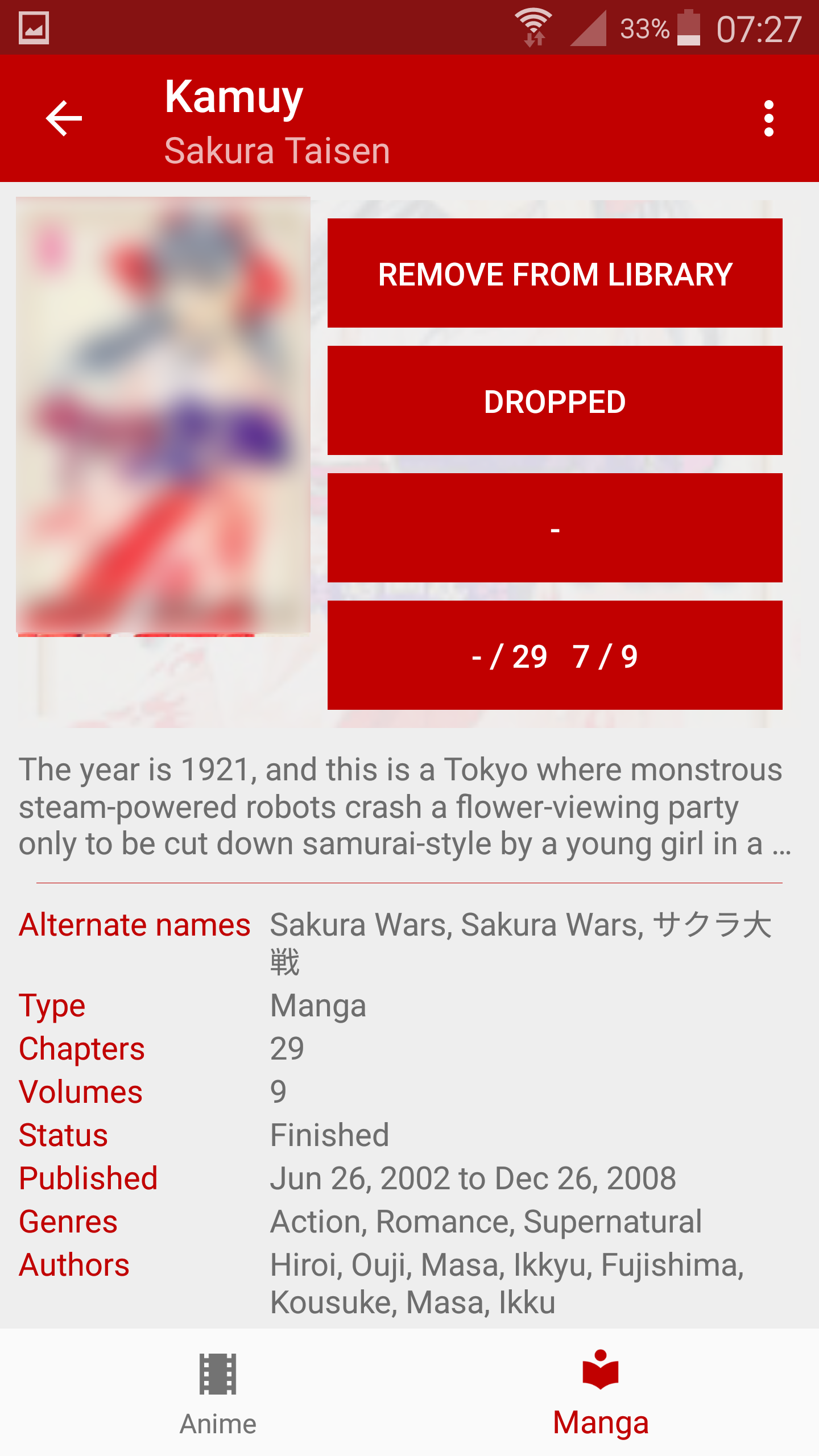