Sorry, AniList requires a modern browser.
Please upgrade to a newer web browser.
Saihate no Paladin a review by Hakogami

Amidst all the crappy imouto fetish light novels involving writing those crappy imouto fetish light novels, all the trashy wish-fulfillment Isekai harem light novels about an all-powerful yet somehow completely beta as fuck male protagonist who makes every single maiden as wet as a drowned rat with a single glance, who in the end may or may not canonically or not so canonically load several years worth of man yoghurt into shallow heroines; Amidst all of those utter degeneracies in this darkest of all timelines which we have been destined to live in for whatever crimes we have committed in our past lives, it sometimes comes a work of literature that ever so slightly restores your belief in the light novel industry. The Faraway Paladin is one of those works.

Faraway Paladin follows the story of a young boy, William living in the city of the dead. Of course, as the Isekai tag implies, William is a Japanese person reincarnated in this new world. But, surprise, surprise, he wasn't a victim of the vicious serial killer known as the "Truck-kun". The story leaves it to the reader's imagination to why and how William died in his past life. It was either malnutrition or suicide. But it matters not, how it died. What matters is the regrets he feels. Regrets he carries on to the next life. William is raised by a group of undead in this city of the dead, far from human civilization - the skeletal warrior, Blood; the mummified priestess, Mary; the cranky ghost of a sorcerer, Gus. And he swears to be a better son than he ever was in his past life. It's a story about regrets. It's a story about learning from your mistakes. It's a story about moving forward. And most of all, it's a story about learning how to live, and not just survive. In a city far from humanity, surrounded by the undead William will learn what it means to be a living human.

Right from the beginning, Faraway Paladin starts to subvert popular Isekai tropes. With its dark twist for William's death, no overpowered powers granted by the God , no damsels in distress dying to jump on the main character's dick, male characters serving more purpose than just making William look good in front of girls (what girls lol), with a story focusing on its ensemble of characters rather than just its main character, a romance subplot that will probably redefine your view of love, and more.

The author sets out to subvert those tropes and does it well. Instead of saving a damsel in distress and getting a cardboard of a character for his harem, he gains a best friend.

Mythology, faith, good and evil, right and wrong, familial love, friendship, sense of responsibility. Themes you barely see explored in other Isekai LNs are the core parts of this epic tale of William who'll one day become a Paladin faraway from humanity. 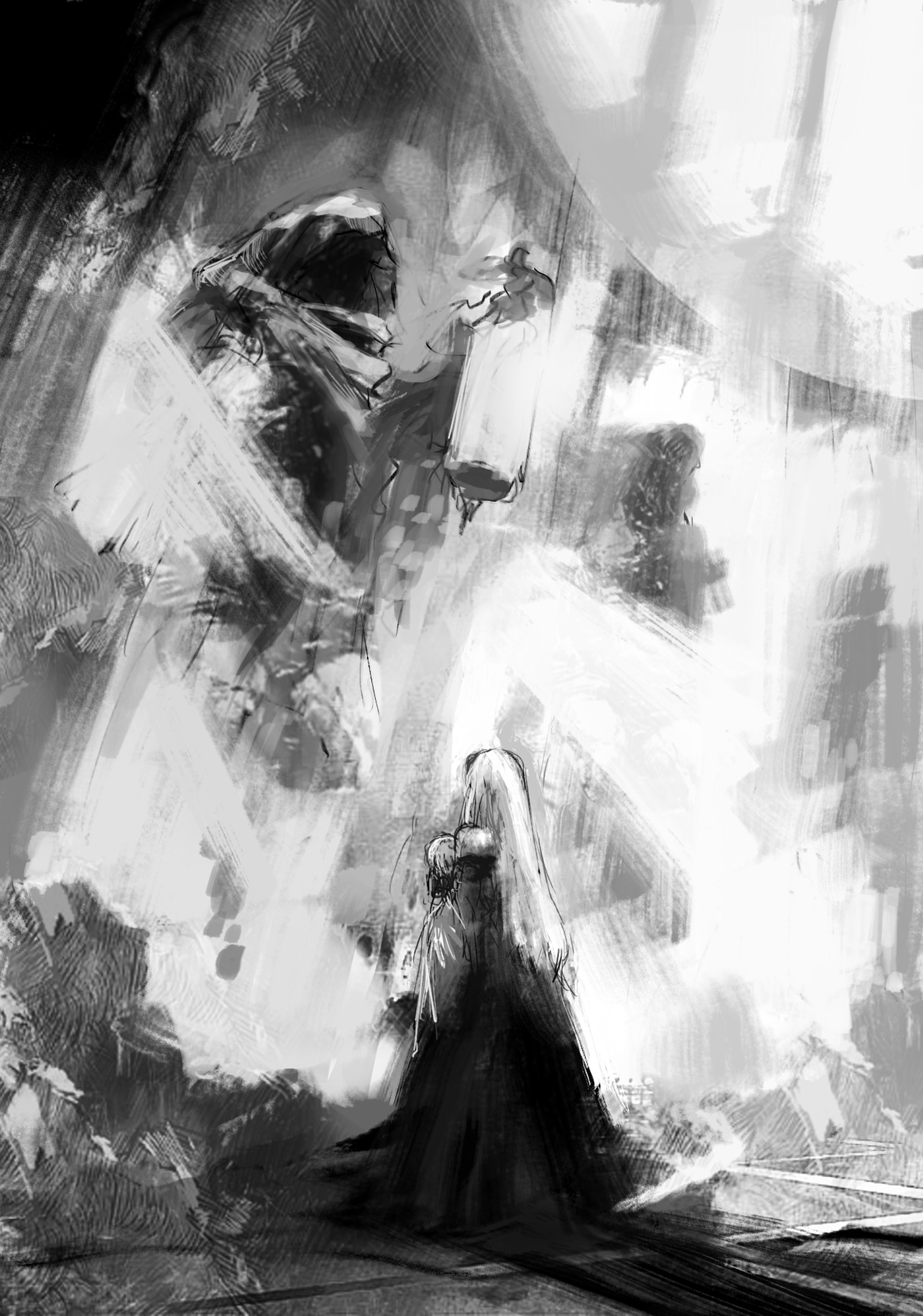 An ensemble of lovable characters such as Mary - the obvious mother figure, Blood - the strong father figure, and Gus - the cranky grandfather figure, whose pasts are perhaps just as interesting as William's own story. Having lost their people, their sense of time, unknowing whether humanity is still alive - at least until they find the human baby William that is, they keep fighting a force bigger than themselves. They challenge the Gods and teach William everything they know so one day he can go back into the wilderness of the undead, and search for any remains of humanity. 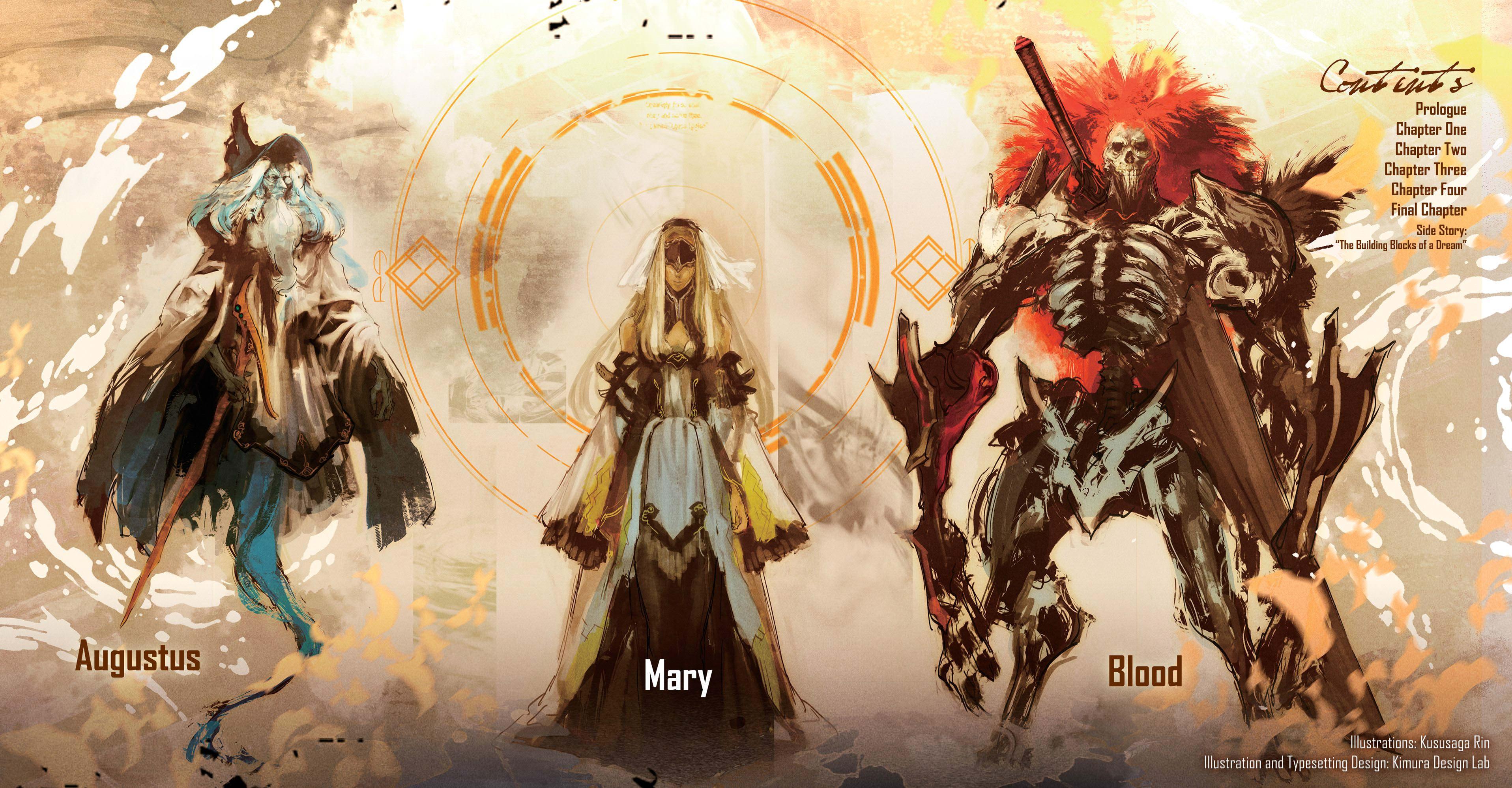 Faraway Paladin has a sense of mystery that I don't want to spoil with my review. I think it's something you, the reader of this review, should experience on your own. It's a work that stands its ground even when it isn't necessarily compared to other Isekai LNs. With its well-written prose that is rare for LNs let alone ones that originated from narou, breath-taking illustrations that resemble oil paintings, it is a work that as a whole stands out in its medium. It's a work that if ever adapted into an anime will restore people's views of Isekai back to when Twelve Kingdoms first aired almost 20 years ago.