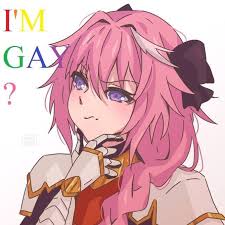 This is the first of the Fate series that i have watched . I enjoyed it, but as a story and how it flows, I have a huge problem with its progression. Also, this is my first review, so cut me some slack yeah?

3. Characters are poorly made and are shallow.
This is a massive gripe I have with the show, considering that it made me almost want to drop it. Its understandable that in a 25 episode span, it is tough to fully cover all the servants and masters, their motivations and characters, but even the main cast are just... ack.

HOWEVER,
I especially enjoyed the dynamics of some characters, especially Mordred and Sisigou's, Achilles and Chiron's rivalry was more interesting than Jeanne and Sieg's romance, which wasn't very emotionally engaging and I did not get invested nor did I care about the end. Mordred, despite having little screen time, had a better development, wherein her wish to become King, as well as her hatred for Artoria is challenged and culminates into her realizing that she just wanted to help her father and relieve her burden.

4. The conflict of ideals could have been so much better.
The examination of the dilemma between achieving salvation at the cost of human individuality and removing the entire point of living/experiencing the human condition could have been more interesting should it have been more well developed. Amakusa Shirou's desire for salvation against Jeanne's wish to ensure that humans experience life, regardless whether they suffer despair under evil while seeing the good appear in others is a good concept, but wasted by poor execution with exposition, with the characters debating in the last episodes about their ideals when it should have been explored throughout the series. Amakusa Shirou acted as a shadowy figure in the beginning, only appearing in the second half to take over the faction of red.

Maybe I'm rambling, but ultimately Fate Apocrypha had potential to explore themes of the human condition, or the characters that were much more interesting such as Mordred or the other masters, instead of Sieg, who is arguably a boring MC who took up too much screen time.