While the idea of the Keion-bu acting like an actual band might make it sound like Live House! takes things in a different direction, it really doesn't. This is simply the 14th episode of K-On! and fits right in with the rest of the 1st season.

If you've seen season 1 (it's not truly a requirement before watching this by the way) you already know what to expect here. It's not even the first episode of K-On! that separates itself from the school setting; the story of how Yui & Gitah came together and the beach-house episode are largely beyond school affairs as well. Not that there's any real problem with this; K-On! is a series that thrives on its simplicity and all it really needs to make a fun episode is a fun premise to tie it together. 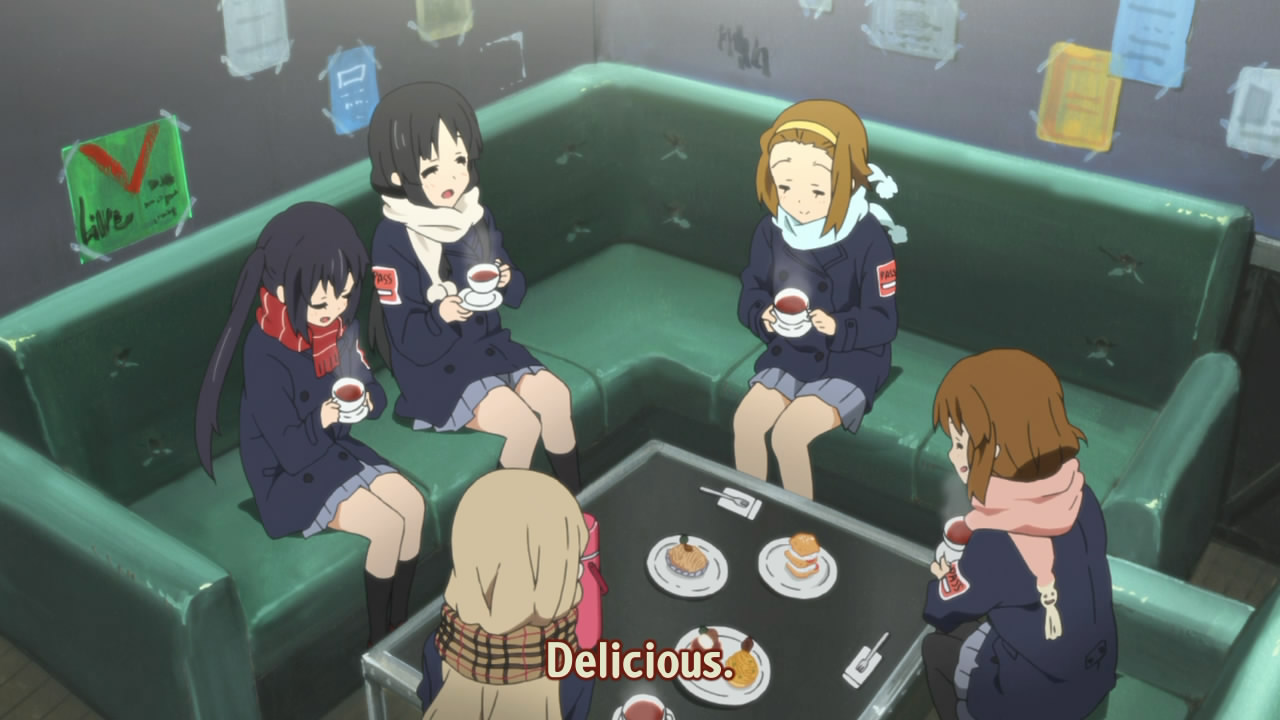 Live House! knows what its audience really wants out of K-On!.

While not a whole lot of substantial development in plot or character occurs (as is usual with K-On!) the story of Hōkago Tea Time's first (non-school) live performance does provide at least a little of everything that made the main show enjoyable. The characters bounce off of each other (figuratively and literally) in this unfamiliar setting, the inexperience of the group as a whole leads to a number of amusing situations, there is a noticeable contrast in tone between the familiar warmth of the school building and the cold, almost alien atmosphere of the performance house in audio, visuals, & script, and we do learn a little bit more about Mio & Ritsu.

The production values of this OVA are the same as the first season, both for better and for worse. Ample attention is given to the environment & background elements and the animation has both fluid & blobby moments. The voicework is a great combination of dynamic & fitting and the music and sound effects fit the setting. Unfortunately, the music is rather light (no pun intended) in its application, being largely reused from the 1st season with no additional performance piece. It's understandable that KyoAni decided not to give this OVA its own commissioned music track, but that would have gone a long way to make this a real event in the Keion-bu's story rather than just yet another round of CGDCT.

It's just another episode of K-On!. If you want something cute & fun, you don't need to look any further. Not that this episode does anything to make it stand out even when compared with the rest of the anime, but like K-On! in general it has its moments and its charm.