This review will contain Spoilers for the show!

Just your generic Ecchi Harem, but this time it includes the mother.

(SPOILER AHEAD) STORY:
The story focuses on a Mother and a Son being transported into a game world. Masato, being the epic gamer he is, wanted to show off his incredible skill to all the gals to impress them but his mother, who somehow managed to take out two swords instead of one like you're supposed to, takes the spotlight everytime.

The story is about the bond between the child and the mother and how it never can fade away, our main characters are tasked with fixing all of the bond betweens these mothers and their children. We soon learn that there are these evil gems that might actually be controlling the mothers behaviour and making it much more extreme therefor ruining that existing bond.

Thats about it, this show is filled with many ecchi moments between the mother and the son, thats what ruined the show for me. Like my dude, stop that please. Where's the step prefix part at?

CHARACTERS:
Masato - The main character, he is an epic gamer who wanted to flex his gamer skills to all the ladies but ended up getting his spotlight by his mother.

Mamako - The second main character and also the mother of Masato, she doesn't know much about Video Games but still manages to kick ass to all the bad guys. She also ends up in very ecchi moments with her son. Sweet home Alabama.

Porta - A lil gal who wants to help people by making use of her pouch to store items. She can't fight. She is also really cheerful.

Wise - A tsundere, she always kills Masato. She is a mage who has many cool capabilities. Also gets into ecchi moments with Masato. Her mother isn't the nicest person, she left her in real life but suddenly came back to make her come into the game world only to be affected by the gems from a mysterious donator.

Medhi - Big tiddy healer that Masato fell inlove with at first sight. She is also gets into ecchi moments with him. Her mother wants her to be #1 and because of the gems that ideal got 100x stronger. Medhi just wants to be a normal girl.

ART/ANIMATION:
The animation isn't half-bad to be honest. It's watchable.
In combat scenes its nice and fluid, and in the Ecchi scenes the physics go haywire and there is jiggling everywhere. But heya, what can ya do.

The art style is also good but does have that generic feeling to it, you probably couldn't tell it apart from many other low budget shows. But it doesn't look bad at least.

MUSIC:
OP and ED are okay, catchy to be honest. But nothing more than that, I haven't really listened much to them outside of the show. The OST was kinda meh, already forgot about it to be honest. 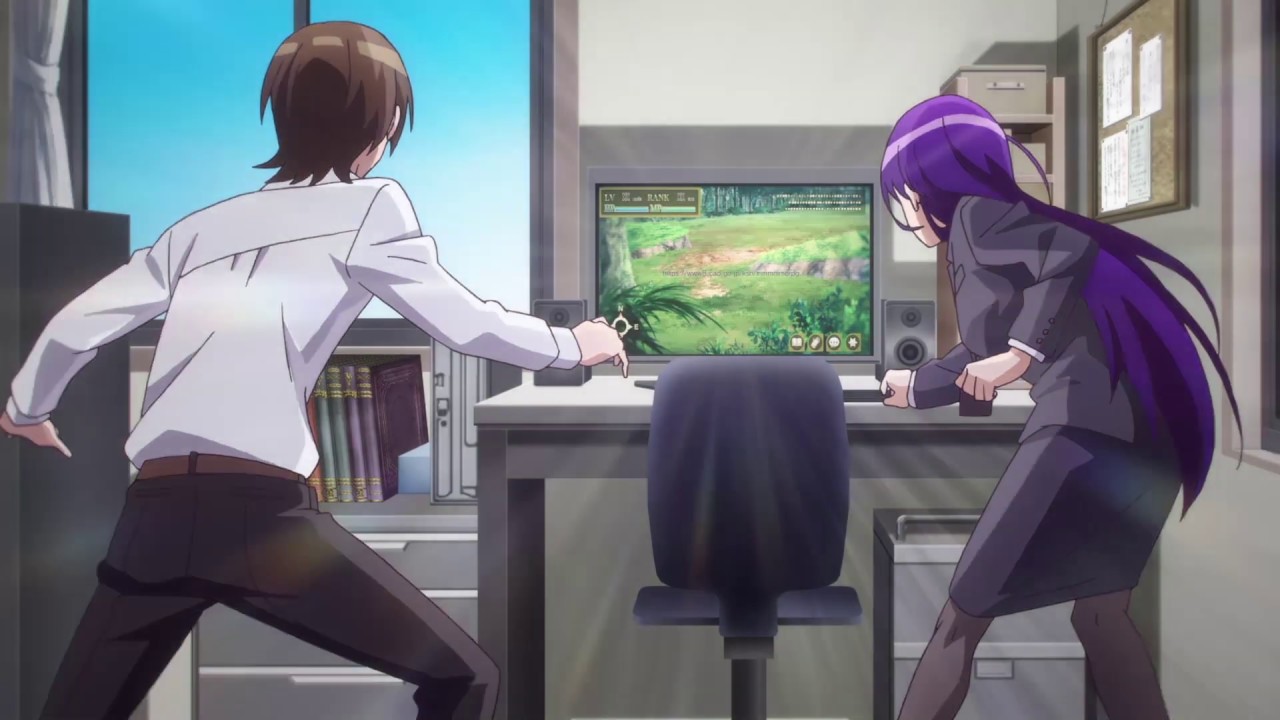 OVERALL OPINION:
First episode was decent-ish but then it devolved into ecchi-fest filled with mother and son "bonds". Also it felt like Slime in the sense that you already knew that each encounter was gonna be won by the same character but despite that the other still tried to fight the monsters.