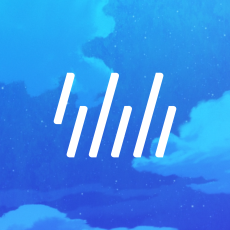 myanimelist but anilist is better

note that my scores are heavily influenced by my own enjoyment and emotions. my notes aren't impartial reviews, they're notes heavily biased by how much i liked what i watched or read, obviously

also, my banner and icon are themed based on what anime i'm currently watching (or what i'm about to watch, where there'll be a more subtle transitional banner and icon). this doesn't apply to movies, manga, or shorts, unless they're linked to whatever i was watching before

also, all of my favourites are there because they got personal enjoyment scores of 10, obviously they don't have to be perfect because it's my own ass favourites list (though most of them have 10 overall anyway).

also, i follow people who have tastes generally similar to mine or just people who seem interesting

also, i watch all anime dubbed if possible

* 0 because pokemon's pokemon
** decimals because they're shorts

* part of a franchise so it's not counted

these lists will become milestone lists when i eventually watch enough anime to the point where the lists, as they are now, would be way too long

list of anime and manga i've consumed that isn't on anilist, but actually just manga

because someone already had 466, and i'm 466gaming on every place i can't be 466 on because fate wills it so (but actually because it's what i've been called for years). should i change it to foursixsix? i dunno, it's not like i have that name on any other site

why do you watch dubs?

because i fuckin' want to!