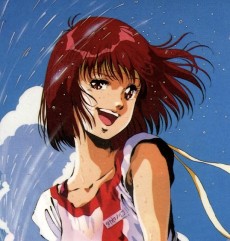 Hi! My name is Kayla, and I'm a longtime fan of anime and manga. It all started with Sailor Moon S: Hearts in Ice on VHS when I was 3 years old, and a few years later, I had a Pokemon obsession like many anime fans when they were younger. However, I didn't know that these shows were called "anime". Eventually, when I was seven years old, I discovered some brand new and in the box Cardcaptor Sakura dolls at the flea market, and my dad bought me one. Later that day, he did some research on what Cardcaptor Sakura was, and that lead to him reading about anime. He told me about how he found out that Cardcaptor Sakura was an "anime series", and that we could probably find a DVD of the series at Movie Stop (you know, back when Movie Stop was a thing). We went, and it turned out that Movie Stop had a whole section for anime, and, sure enough, there were Cardcaptor Sakura DVDs. I eventually came to figure out that both Pokemon and Sailor Moon were anime as well. Over the years, many subsequent visits were made to that Movie Stop. A few examples of titles I recall picking up in my childhood were Ground Defense Force Mao-chan, Kodocha, and Sister Princess. Now, years later, I'm a passionate and knowledgable fan who loves to discuss my interests with others.

Some of my favorite types of anime to watch are magical girl series and retro anime in general. I also really like obscure titles, as there's just something weirdly cool about watching something not many people have seen or heard of. If it falls under any of those three categories, then it will probably interest me. However, I am definitely open to newer, non-obscure, non-magical girl titles. To be honest, I am pretty open to just about anything, but those are just the kind of series that I really gravitate towards. I also have a soft spot for obscure, cheesy retro OVAs (bonus points if they're poorly dubbed).

As for manga, I was also seven when I discovered what that was. When I was in Barnes & Noble, my mother found a How to Draw Anime book, and next to that, I found a How to Draw Manga book, so I curiously picked that up, noticing its artistic similarities to the How to Draw Anime book. My dad did some more research, and he explained what manga was to me. I came to discover that it could be found at both the Barnes & Noble I was just at, as well as at the public library. My first ever manga was Tokyo Mew Mew, as it was recommended to me by a Barnes & Noble employee due to my love for Sailor Moon. I was also delighted to find Cardcaptor Sakura manga at my local library. Some of my most memorable childhood manga included Tokyo mew mew (as mentioned before), Cardcaptor Sakura (also mentioned before), and ChocoMimi.

I'm open to all kinds of manga, but I've read mostly shoujo series, and that still mostly consists of what I tend to read. I don't read manga nearly as much as I watch anime. In fact, reading any manga at all is somewhat of a rarity for me nowadays. I still love it though.

Anyway, I think that's it. I plan to upload some reviews on here, so please feel free to leave feedback on any of them, as it would be very helpful.