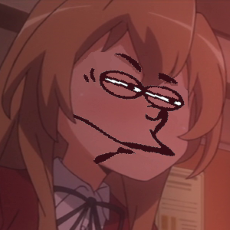 When life isn't pulling me elsewhere I watch anime and review it every now and then. I'm usually rather quiet but I don't mind discussions. My activity here is sporadic and lengthy periods of inactivity are normal for me. 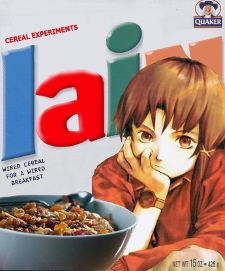 Info on how I rate things:

My ratings are based on the following general attributes:

60% ~ Plot; everything involving the story & characters. My main focus is on structure and purpose, as I've found that plots which can't maintain those are far less likely to be effective in telling an interesting story. Plots do not need to be complex, just compelling.
20% ~ Effects; visuals, sound, et cetera in relation to what is necessitated by the plot. It can't just be pretty for its own sake; these need to be used effectively.
20% ~ Cohesion; how much the anime's elements flow with or clash against one another. It's why it's possible to enjoy some especially campy trash, or get bored with something you can tell is well-made. I consider this attribute to be the logical endpoint when deciding to split a score across multiple aspects, as it represents the idea that the separated parts don't always equal the value of the whole when tallied together.

Things I don't care about:

Complexity ~ Complexity seems to get confused with depth quite often. It's not even a prerequisite for depth, it's merely how much work it takes to understand something, which isn't a meaningful trait on its own. Something that manages to maintain simplicity while still being deep tends to be better written or presented that something that did so in a complex but equally deep way.
Novelty ~ One of the most overrated aspects of storytelling, if you ask me. A hundred well-told stories that follow a similar structure are still well-told, and a hundred poorly written stories that are all unique are still poorly written. Execution supersedes any inherent value I've seen novelty be claimed to possess.
Prior Releases ~ My ratings are based on the latest version of an anime to be released (that I'm aware of / have access to). If a studio takes the time to make changes in a new version, I will consider that new version to be the only official version. This isn't to be confused with alternate versions (i.e. Toei's Kanon adaptation vs KyoAni's Kanon adaptation) rather it's when the same entry is re-released with updates.
Rewatchability ~ I rarely rewatch anything unless I'm re-assessing my thoughts on it, so rewatchability is not a rating consideration for me.

What my numbers mean:

The idea is to have my ratings easily reflect a gradient rather than have sharp cutoffs for their meaning, but we'd be here forever if I went into specifics for each single number or the semantics of the system (these numbers are just a convenient shorthand after all). So here's a simplified /11 scale translation, just keep in mind that numbers like 77 & 78 aren't so drastically different from each other, rather they drift closer to separate meanings when the system is generalized like this.

96 - 100 = Incredible ~ Any flaws, shortcomings, & nitpicks are all but completely overshadowed by the work's strengths. Not so much "perfect", rather an amazing experience in its entirety.
88 - 95 = Great ~ Near-incredible with one major / too many minor flaws to be waived, though it consistently excels at its goals despite that or otherwise.
78 - 87 = Memorable ~ Has inconsistent sparks of excellence. It could be incredible but has enough flaws to stain the experience as a whole.
68 - 77 = Satisfactory ~ Consistently good, but any excellent moments merely balance out the flaws. Not really memorable or special.
59 - 67 = Passable ~ More good than bad, but not consistently.
50 - 58 = Mediocre ~ Has a balanced amount of good and bad aspects. Often this is the result of a show that excels in one or two areas but fails in one or two others.
40 - 49 = Lacking ~ Has more bad than good aspects, but by a close margin. May still have appreciable bits, and likely could have been satisfactory under better circumstances.
30 - 39 = Inadequate ~ Consistently bad overall, even if there are some decent parts. Often completely missing the one thing that could have possibly redeemed it.
20 - 29 = Misguided ~ Something in its core concept is flawed, or it comes to have flaws that embitter the whole experience. It couldn't become satisfactory without becoming something entirely different.
10 - 19 = A Mistake ~ So heavily flawed and/or lacking that it's a struggle to watch all the way through. Poking at its flaws is more worthwhile than anything the work managed on its own.
0 - 9 = Unredeemable ~ It's a bad experience in its entirety - less fulfilling than watching paint dry. Its very existence is a flaw.

You might say that I take this too seriously. I would say that I simply enjoy doing it like this.

+1 scale level to anime in the Laughably Bad, Therefore Fun list, as those have a special appeal outside of their actual quality.