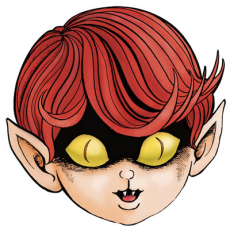 My biggest hobby besides art is collecting English manga (and some figures, okay). I keep up with a few current releases, but I also really like picking up older, hard-to-find printings. It's pretty exciting when something I own becomes rare and OOP, even if I just keep it to myself.

I only keep shows on my drop list if I watched a good chunk of them or completed an entire arc. Or if I just feel like it? Sometimes I remove them just because I feel like it too. I don't like clutter.

My most unpopular opinion is probably that I don't particularly like Hayao Miyazaki or Osamu Tezuka's work, but I do love Tezuka's art in general and it's a big inspiration for me.

☼ = caught up to current release