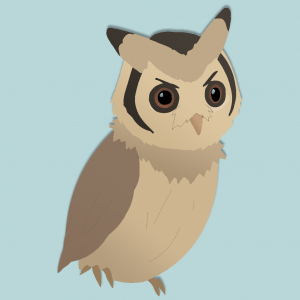 Shukofukurou is a native, lightweight, and open source multi service Anime and Manga Library management application for macOS and iOS that supports AniList, which allows you to manage your libraries easily from your Mac, iPhone or iPad. You can search and view title information, add new titles, import lists from different services and more.

Since I use the app and receive donations, both the Mac and iOS version will receive frequent updates. 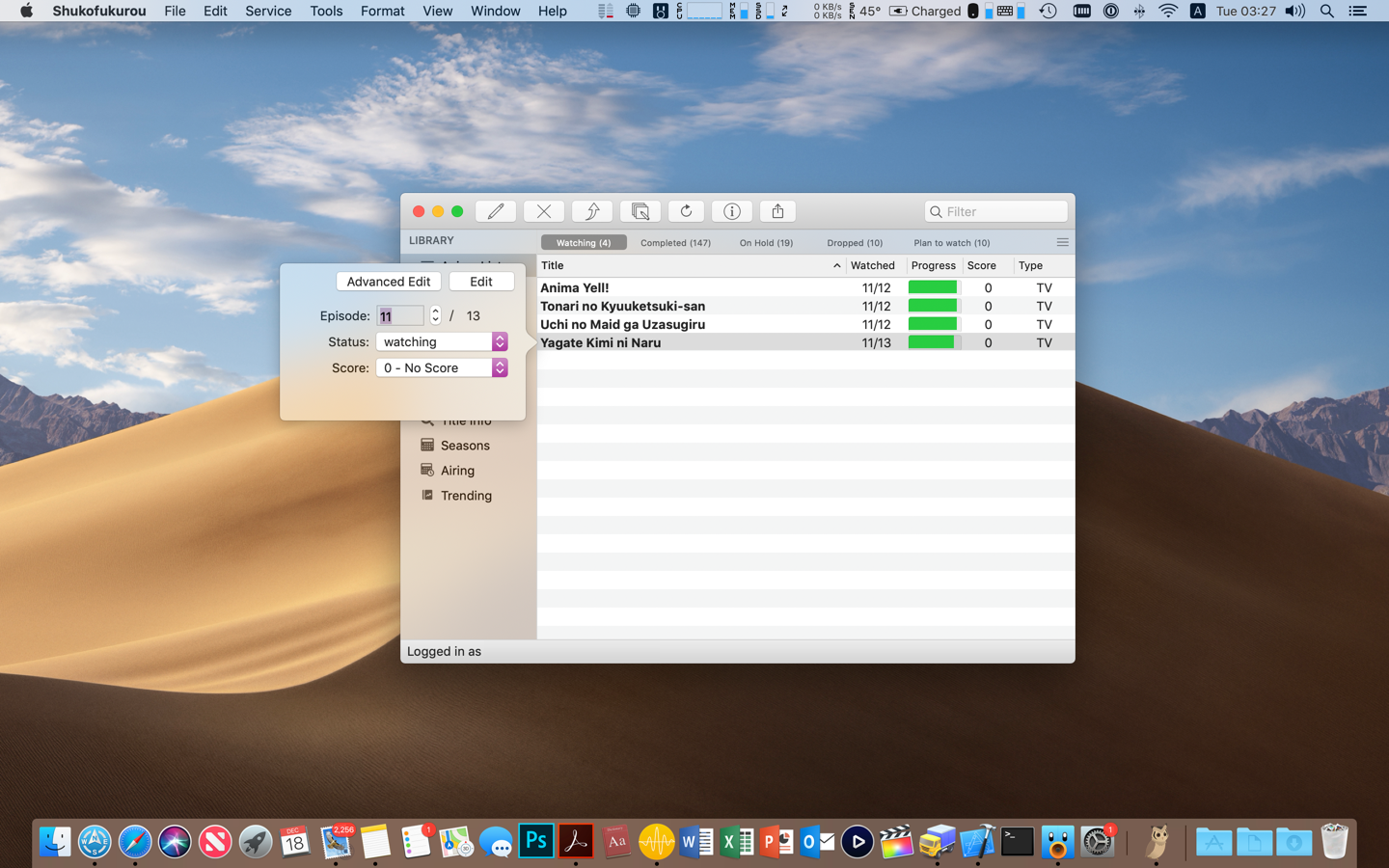 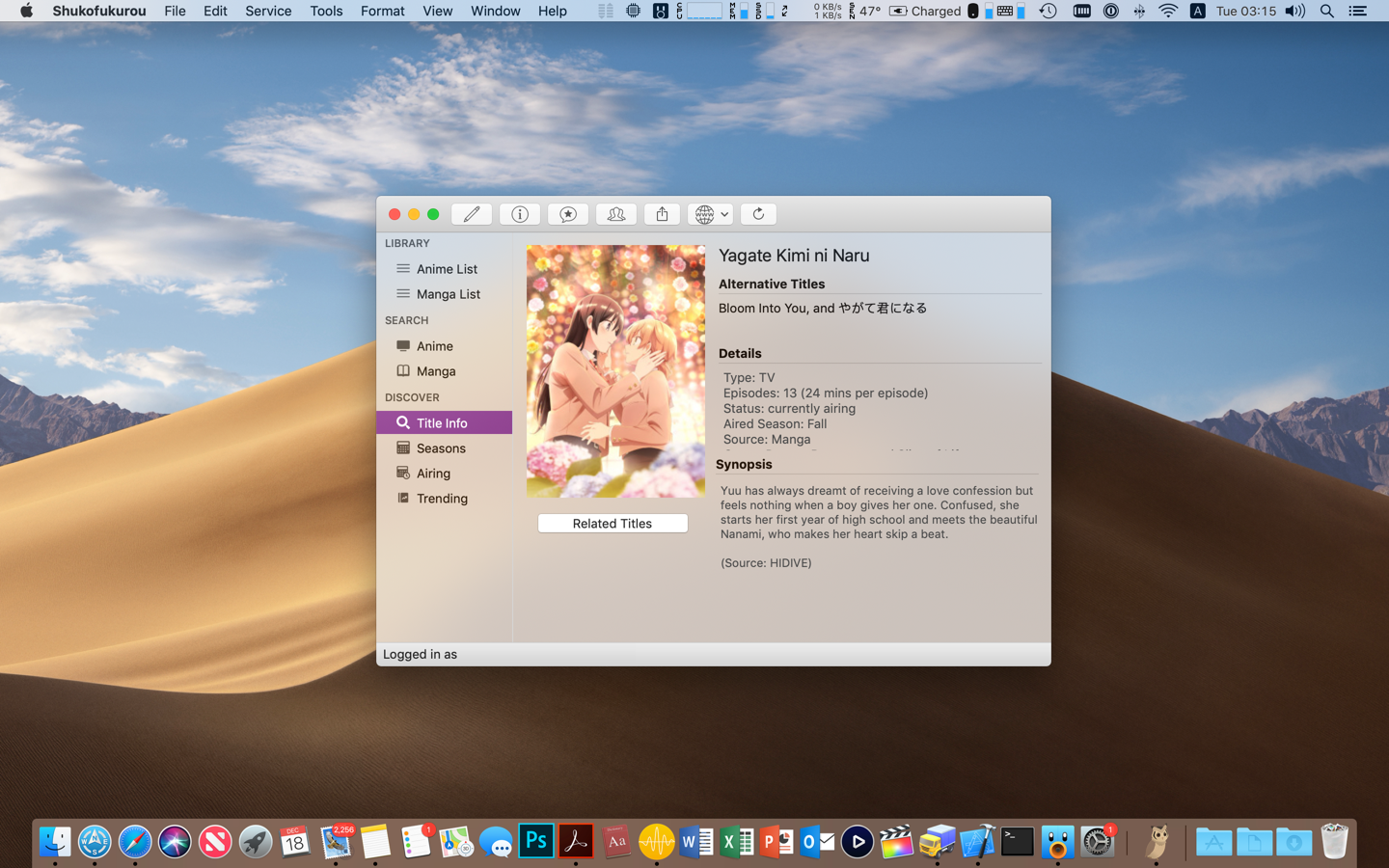 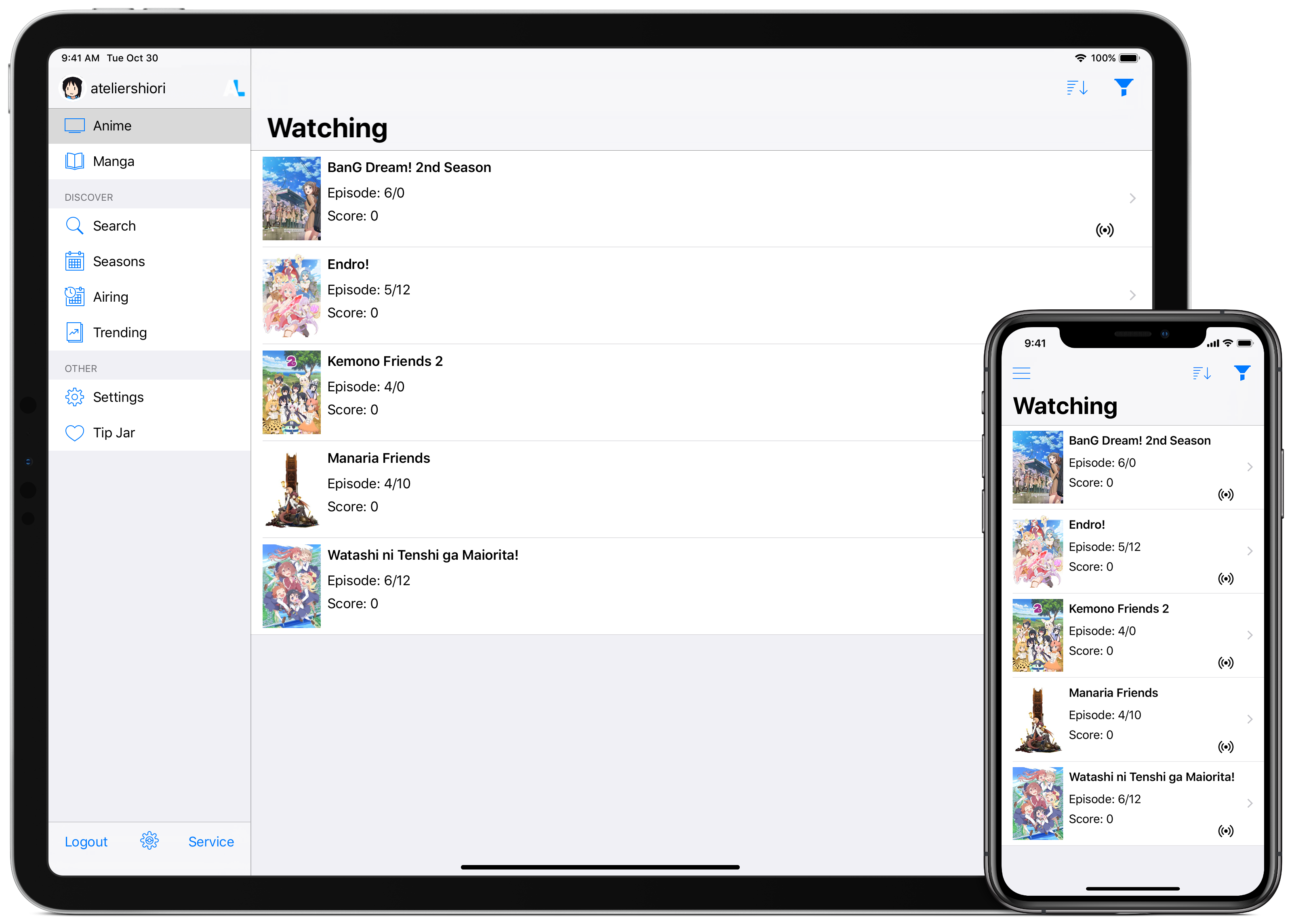 We are open source and our Github repo can be viewed here (Mac Version) and here (iOS Version).

If you want to support this project, check out our donation page or support us on Patreon to find out how. For automatic list update feature based on what you are watching, check out Hachidori.

Shukofukurou for iOS will become free once we reach our Patreon goal of $10 or more a month for at least three months or more.

Note that some features like Manga List management, Profile and Character browser is reserved for people who donated to the project as a way to thank the user for supporting the project. The iOS version is paid app ($2.99) to cover distribution costs and also support costs for future development of the apps. Future updates on the official App Store version is free.

However, you may compile your own version for free by obtaining the source code (Note: Free Apple Developer accounts can only run the app on your iOS device for 7 days before you need to recompile it, unless you have a paid Apple Developer Account.). These are features that are time consuming to implement. Moreover, the Apple Developer's Program is required to distribute applications such as code signing the application so it won't cause issues with GateKeeper and distributing the app on the iOS App Store. This costs $99 a year including tax and it's not free, even if you distribute open source application. Without the program, I won't be able to continue developing the application since there is no way to distribute it. However, the community version is available for iOS users for free, which contains most of the features without support, easy updates from the App Store and a few missing features (read below for more info).

Official beta builds through TestFlight are only available for active patrons and people who downloaded the App. To request access, become an active patron and there should be an invite link. Note that you must maintain an active pledge.

These restrictions only apply to the official binary and not the source code, which is free as in freedom. You are free to compile from source if you want these features for free since it's open source. For iOS version, those with an Apple Developers Account may sideload the Community Version using tools like Cydia Impactor and use the app for free with most of the features, except for list syncing and Scrobble share extension for an unlimited amount of time. This is only recommended for advanced users only and not recommended for free developer accounts. Also, you won't be notified for updates and you would need to check for updates on the Github release page. Releases found on Github.

For macOS, these releases are obtainable on Github. They are marked as prerelease releases and will run independently from the main application as "Shukofukurou Next." App Store users can unlock the donor features in the beta releases.